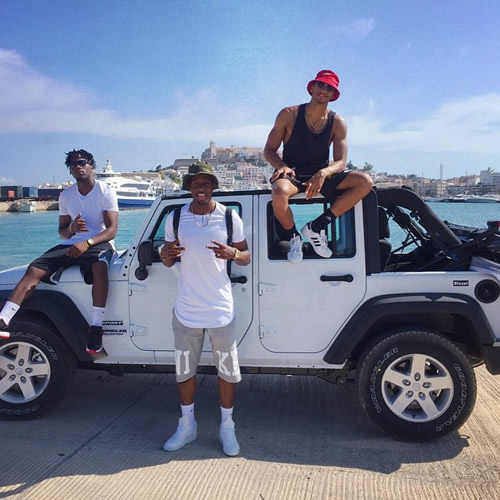 Divock Origi looks to be making the most of the summer as he prepares for his debut campaign at Liverpool.

Liverpool agreed a deal with Lille to sign the forward last summer, with the 20-year-old spending the last campaign on loan to the Ligue 1 outfit.

Origi is now on his summer holidays before he joins up with Brendan Rodgers’ men in the coming weeks, and the forward was all smiles as he headed to the beach with some friends.

Rodgers will be looking to further bolster his squad as he looks to transform his side into Premier League title contenders following last season’s disappointing sixth-placed finish in the top flight.