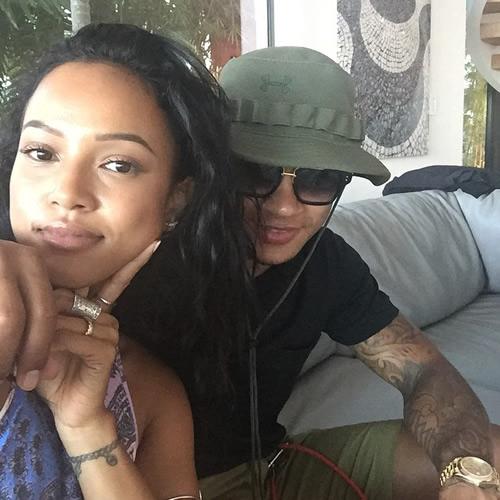 Memphis Depay was all smiles as he posed for selfie with model Karrueche Tran on Thursday morning.

The new Manchester United signing posted the picture of himself with the the former girlfriend of R&B artist Chris Brown on his Instagram account without a caption.

The Netherlands international is gearing up for his first taste of English football after agreeing a deal to join the Red Devils from PSV Eindhoven last month as Louis van Gaal bolster his attacking options at Old Trafford.

Depay is set to join up with his new team-mates this summer as he prepares for his first season in the Premier League with the Red Devils.

He has put pen to paper a four-year contract with United, with the option available to sign for an additional year.

Depay ended up as the Eredivisie’s top scorer last season, netting 22 goals in 30 games. He came through PSV’s youth system, making 124 senior appearances and scoring 50 times for the Dutch side before agreeing to join Manchester United last month.