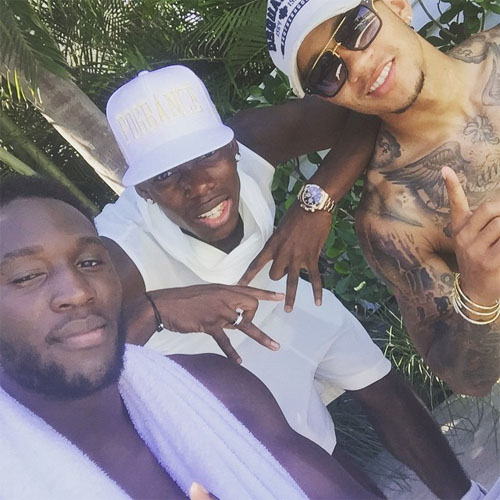 Paul Pogba is enjoying the company of Manchester United signing Memphis Depay and Everton striker Romelu Lukaku amid reports linking the midfielder with a return to Old Trafford.

The France international is a reported target for United manager Louis van Gaal as the Dutchman looks to strengthen his midfield options in the summer transfer window.

But the 22-year-old doesn’t appear to be fazed by the transfer speculation as Pogba partied with Premier League stars Depay and Lukaku ahead of the new season.

United signing Depay, who sealed a £25m move to Old Trafford in April, netted 20 times as the Dutch star fired PSV to the Eredivisie title.