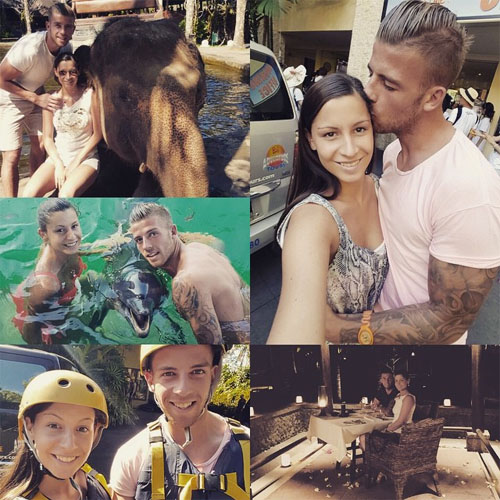 Toby Alderweireld made the trip back from his romantic honeymoon ahead of what could be a big summer for the Atletico Madrid defender.

The Belgium international has been linked with a move to the Premier League after the full-back enjoyed an impressive loan spell at Southampton last season.

The 27-year-old versatile defender has been linked with a move to Manchester United, Southampton and Tottenham Hotspur in recent months.

But Alderweireld had more important things to think about during his honeymoon with his new wife over the past week.

Alderweireld has scored one goal in 26 Premier League appearances this season, racking up 2,263 minutes of top-flight action.

The Belgium international has been heavily linked with a move to Tottenham Hotspur where his compatriot Jan Vertonghen is plying his trade, as well as former Ajax team-mate Christian Eriksen.

Southampton manager Ronald Koeman is also believed to be keen on signing the versatile defender in a permanent deal.