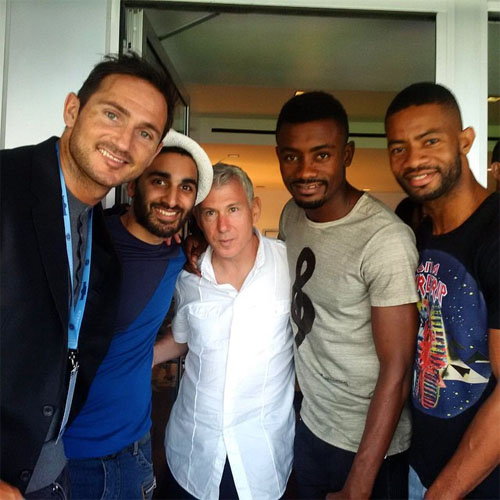 Salomon Kalou was delighted to catch up with his former Chelsea team-mate Frank Lampard at the Yankees Stadium on Sunday evening.

The Ivory Coast international enjoyed a mixed first season at Hertha Berlin after the 29-year-old moved to the Bundesliga side from Lille last summer.

Lampard, meanwhile, is set to link up with his new New York City FC team-mates after the former England international spent last season at Manchester City.

The 35-year-old and Kalou were part of the same Chelsea side that won the Champions League at Allianz Arena in 2012, which appears to have created a bond between the pair.

Lampard made the controversial move to City from Chelsea last summer after he was deemed surplus to requirement by Blues manager Jose Mourinho.