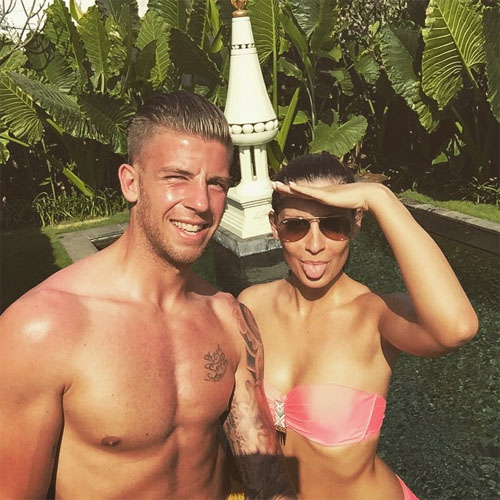 Toby Alderweireld was enjoying his little slice of paradise with his partner amid continued reports linking the Atletico Madrid defender with a return to the Premier League.

The Belgium international is speculated to be one of Mauricio Pochettino’s top summer targets for Tottenham Hotspur after the versatile defender impressed on loan at Southampton last season.

Alderweireld returned to Los Rojiblancos following the conclusion of the Premier League campaign, and Saints manager Ronald Koeman is believed to be keen to sign the centre-half on a permanent deal.

But the coveted Belgian forgot about the transfer speculation as he soaked up the rays with his new wife after their marriage on Tuesday afternoon.

Alderweireld wrote on his Instagram page: “Taking a quick selfie at our little paradise #Bali”

Alderweireld has scored one goal in 26 Premier League appearances this season, racking up 2,263 minutes of top-flight action.

The Belgium international has been heavily linked with a move to Tottenham Hotspur where his compatriot Jan Vertonghen is plying his trade, as well as former Ajax team-mate Christian Eriksen.