Harry Kane has been enjoying some well-earned downtime in New York this week... 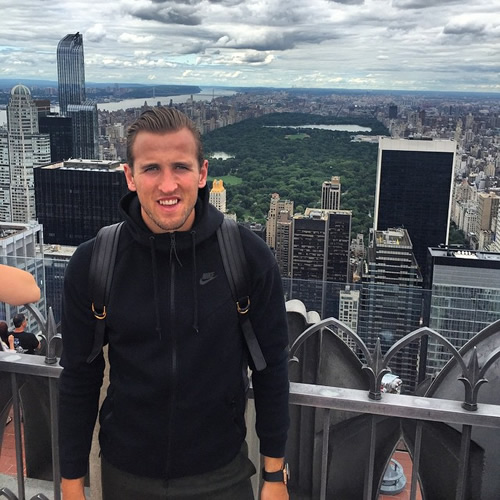 Harry Kane looked to be in good spirits as he posed for a picture in front of the New York skyline on Monday afternoon.

The Tottenham Hotspur striker is currently enjoying some well-earned downtime after the England Under-21 side were dumped out of the European championships by Italy last week.

Kane is now set to recharge his batteries after a sparkling season for Spurs, as he gears up and gets ready for the 2015-16 campaign.

And the striker looked to be enjoying himself in the Big Apple, as he posted the picture above on his Instagram account and wrote: “Top of the Rock #CentralPark”

Kane has scored 29 goals in 41 appearances in all competitions for the League Cup runners-up this season after the striker forced his way into Pochettino’s first-team at White Hart Lane.