Nacer Chadli is enjoying some well-earned downtime this summer... 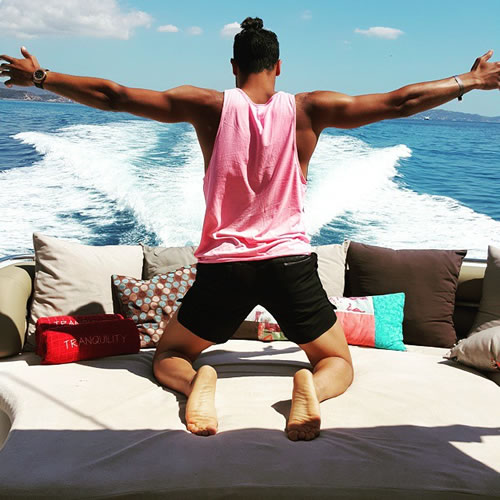 Nacer Chadli looks to be enjoying himself on holiday as the Tottenham midfielder enjoys some well-earned downtime following the end of the Premier League season.

The 25-year-old was a regular fixture in the north London side’s first team as Mauricio Pochettino’s men reached the League Cup final and finished sixth in the Premier League table.

Chadli scored 11 goals and made five assists in 35 Premier League games to help the Lilywhites secure qualification for next season’s Europa League.

And the Belgium international shared a picture of himself soaking up the sun on a boat as he enjoyed his summer break.

Chadli posted the picture above on his Instagram account and wrote: “Wish everybody a good Day. ..life is beautifull.!!!”

Chadli, who moved to White Hart Lane from FC Twente in 2013, talked up his compatriot’s qualities as Spurs continue to be linked with a bid.

Harry Redknapp: Who Arsenal need to sign this summer