Photo: Tottenham star puts his feet up with his girlfriend on holiday

Jan Vertonghen has been enjoying some sunshine in Ibiza this week... 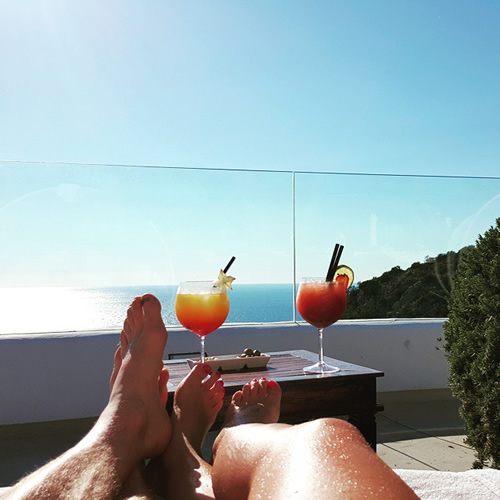 Jan Vertonghen has been enjoying some well-earned downtime in Ibiza this week as the Tottenham Hotspur defender continues to wind down after the Premier League season.

The Belgium international has been relaxing on the Spanish island with his fiancee Sophie De Vries after the conclusion of the 2014-15 season last month.

Vertongen put his feet up in the sun with a cocktail and wrote: “His & hers #naxamena”

The 28-year-old centre-half was a regular fixture in the north London club’s first team last season as he made 32 appearances for Mauricio Pochettino’s men to help them finish in fifth place in the table.

Vertonghen, who joined Spurs from Ajax back in 2012, made his senior debut for Belgium back in June 2007. He currently has 69 caps to his name, having scored five goals for the Red Devils.