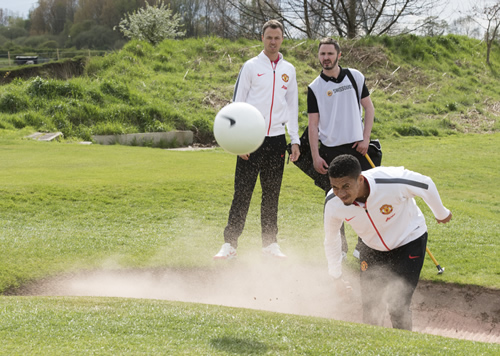 Juan Mata and Ander Herrera took on Manchester United team-mates Chris Smalling and Jonny Evans in a competitive match of footgolf to battle it out for the inaugural Forex Footgolf Challenge trophy.

The four Manchester United stars teamed up with online banking specialists Swissquote to use their famous footballing skills for a new sporting pastime ahead of their summer break. 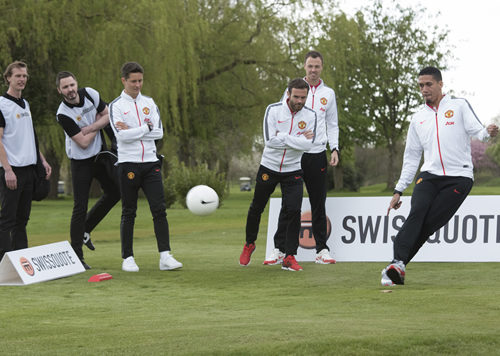 Footgolf is a precision sport where players kick a football into an oversized golf hole in as few shots as possible and the quality quadruple had to make the very most of their footballing and teamwork skills on the challenging course. 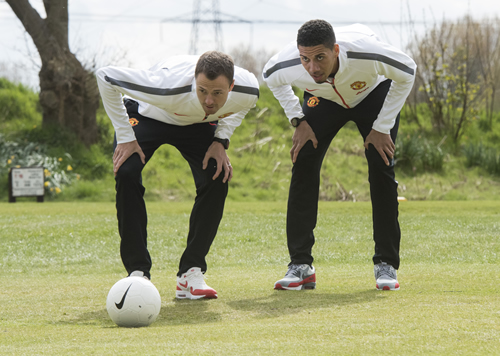 Jonny Evans and Chris Smalling line up a shotPhoto: Swissquote

Despite a few mishaps including a first hole slip from midfielder Herrera and Team UK’s ball landing in the sand bunker on the second, the lighthearted contest was eventually won by an innovative Mata chip that rebounded off the Swissquote golfcart and into the hole for a memorable victory. 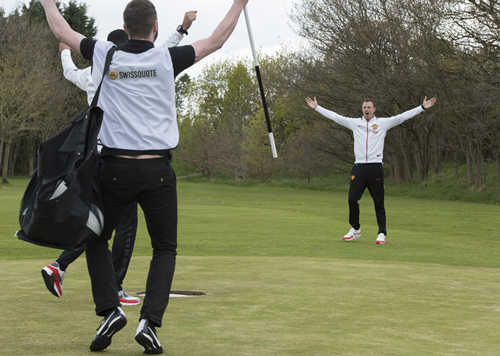 Jonny Evans celebrates one of his shotsPhoto: Swissquote

Speaking on Team Spain’s Forex Footgolf Challenge victory, Mata said: “Herrera and I showed great Spanish teamwork to get our hands on the trophy. 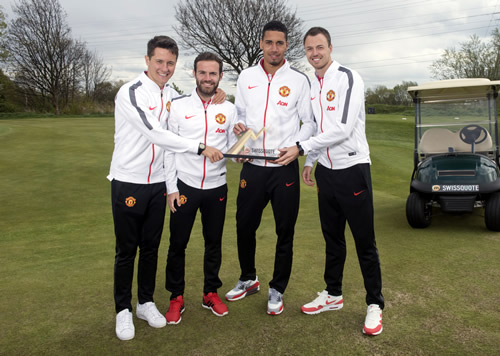 “Manchester United has a very competitive culture and winning is always important especially against your team-mates.

“We kick hundreds of footballs every day in training, but it took a lot of skill and quality to get the ball in the hole, particularly after Ander slipped on the first hole!”