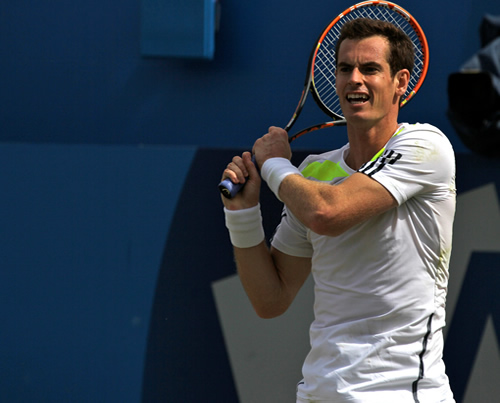 Andy Murray will be in action at the Aegon Championships at Queen's Photo: Marianne Bevis

With Wimbledon’s announcement that, come 2015, The Championships would move its sacrosanct fortnight back by a week to the end of June, the door opened up for a fuller, greener return to tennis’s roots, on grass.

And for all the glamour and glow of the clay season as it swings from Casablanca to Monte-Carlo, Barcelona to Rome, Geneva to Paris, there is something uniquely beautiful about the emerald turf, the near silent patter of feet, the low-skimming elegance of grass.

And this year, with three weeks between the clay climax at Roland Garros and the green-and-purple backdrop of Wimbledon, there are more grass tournaments and more days on the turf to help the players make one of the toughest transitions in the calendar.

Where once Queen’s and Halle butted up against Paris, there is now a week’s gap, and a choice of two ATP 250 tournaments, the well established ‘s-Hertogenbosch in the Netherlands and the Mercedes Cup in Stuttgart, which has switched from post-Wimbledon clay to post-Roland Garros grass.

Then, to boost a little more the standing of the grass season, Queen’s and Halle will for the first time be ATP 500 events. And to round off the Wimbledon preparation, Nottingham will host an enhanced ATP 48-man tournament in place of last year’s 28-man Eastbourne event.

The grass season remains the only one without a Masters—or a Premier 5 or Mandatory for the women either—but for the masters of grass, the changes not only help ease the bodies onto the new surface but offer a boost in points and earnings for those who flourish on grass rather than clay.

Thus far, the man at the top of the rankings, the Wimbledon defending champion and the finalist this week at Roland Garros, Novak Djokovic, has to show his grass-court hand, and for the last couple of years, he has played only a couple of exhibition matches in his transitional fortnight. But don’t be surprised if, with three weeks to toy with, he takes a late wild card into Halle or Queen’s.

For Rafael Nadal, it was the start of the 2014 grass season that brought the warning signs of the injuries that were about to take him out of tennis after his fourth-round loss at Wimbledon until late autumn. In 2012, the story was even worse: After second round losses in Halle and Wimbledon, a knee injury kept him off the tour until the clay of South America in February 2013.

It has become a familiar theme for the Spaniard who thrives on the red dirt from April to June, packing in as much tennis as he can, but that takes its toll: More than once he has travelled from victory at Roland Garros to arrive on the Queen’s practice courts within 24 hours.

This year has been different: fewer wins have meant fewer matches, and the extra week has given Nadal time to acclimatise on the new grass of Stuttgart before trying his luck at Queen’s for the first time since 2011. He won the title in London in 2008—the year he also claimed his first Wimbledon title.

But what of grass’s two top-performing men among current players?

The first is Roger Federer, who owns 14 grass titles and 131 match wins for just 19 losses, and he stands at seventh on the all time list of grass greats.

The only other current player in the all-time top 30 is Andy Murray—23 overall and with five grass titles and 78 match wins to his name.

Murray’ first ever main-tour tournament when he turned professional was at Queen’s in 2005, where he reached the third round. The first of three titles at Queen’s came in 2009, then in 2011 and in 2013. In between, he made early exits—so may be preparing to run to the title again this year after losing in his second match in 2014.

Incidentally, French Open champion Stan Wawrinka has often bypassed a pre-Wimbledon tournament in favour of exhibitions, but last year he reached the semis at Queen’s on only his second visit—and he returns this year.

Federer has always favoured Halle, which is closer to home and, these days, provides the kind of peaceful environment his family can enjoy, too. So it is probably no coincidence that he has picked up the title there seven times and has not failed to reach the final in his last nine appearances—and never lost before the quarters since his first participation in 2000. He must wish Halle had been categorised as a 500 before now.

So who will take advantage of the extra week to play an extra event, and who will put all their eggs in one of the more lucrative 500s?