Steven Gerrard has leant his support to Jordon Henderson’s bid to get on the front cover of Fifa 2016.

The Reds midfielder is already being touted as the next Liverpool captain after Gerrard called time on his Premier League career at the end of the 2014/15 season.

The 25-year-old has grown in stature over the past 24 months at Anfield following a difficult start to his Liverpool career after a £20m move from Sunderland in 2011.

Liverpool’s Instagram page posted the above video message from Gerrard with the following caption on the photo-sharing app: “@stevengerrard is backing @jhenderson for the #FIFA16UKcover. Go to fifa16cover.co.uk to vote and make sure to share too #VoteHenderson” 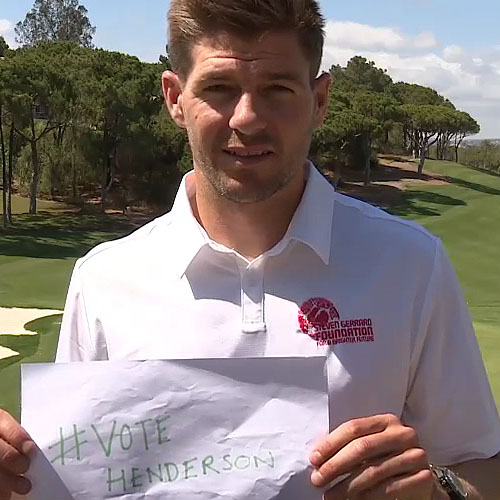