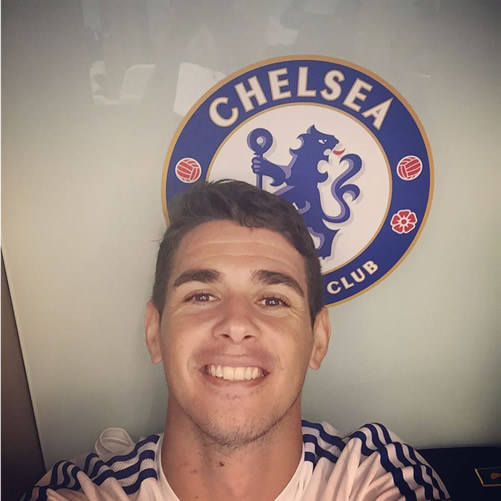 Oscar appears to have his heart set on staying at Chelsea beyond the summer, if his latest post on social media is anything to go by.

The Brazilian midfielder has been heavily linked with a transfer away from the west London club in recent weeks, with Juventus reported to be keeping tabs on the 23-year-old.

The midfielder recently spoke of his desire to stay at Chelsea and fight for a place in Jose Mourinho’s first-team squad.

And the playmaker appears to have underlined that statement by posting a picture of himself all smiles in front of Chelsea’s club crest.

Oscar, who is currently with the Chelsea squad as they prepare for their pre-season tour of North America, scored six goals and made eight assists in 28 Premier League games as the Blues won their fourth top-flight title last season.