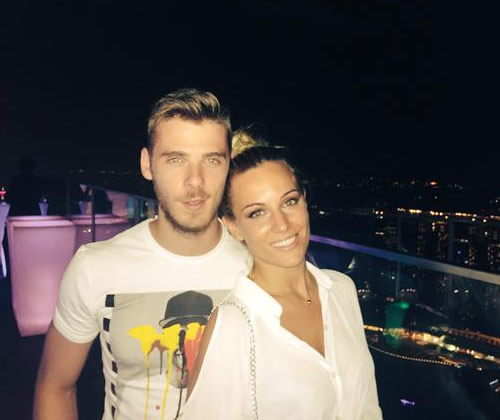 David De Gea told reporters that he was heading back to Manchester United to report for pre-season training but refused to give any more away about his future as the goalkeeper continues to be linked with a transfer to Real Madrid.

The shot-stopper’s future has been a relentless source of speculation in recent weeks, with Real Madrid reportedly keen to lure the Spaniard back to his native homeland.

De Gea is thought to be keen on a move to the Bernabeu, while United apparently want to bring defender Sergio Ramos to Old Trafford, potentially as part of a deal that could see the goalkeeper head in the opposite direction.

However, the goalkeeper refused to give anything away about his future on Sunday.

Asked about his future by Spanish TV channel Cuatro, De Gea replied: “I have to return to Manchester for pre-season.”

The goalkeeper, who has been enjoying a summer holiday with his girlfriend in recent days, then refused to say anything else about his situation.