Memphis Depay was seeing double in Chicago on Monday night... 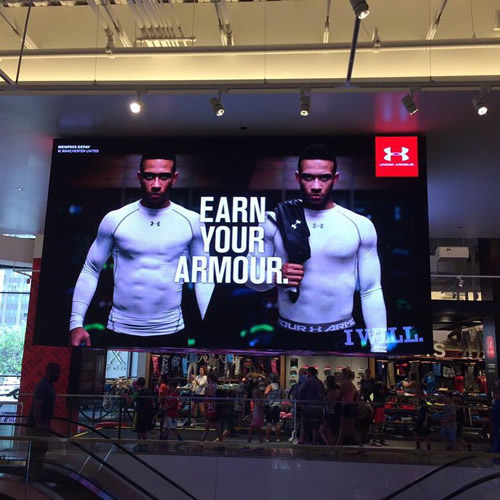 Memphis Depay took to social media on Monday night to post a picture of himself as the star of an advertising campaign in Chicago.

The Manchester United squad are currently in the US preparing for their final pre-season clash against Paris Saint-Germain on Thursday as the Red Devils continue to work on their fitness ahead of the new season.

And Depay couldn’t help but snap a picture of himself on a billboard as part of an Under Armour promotional campaign.

The Netherlands winger uploaded the photo above onto his personal Instagram account and wrote: “Chicago what’s good ? Earn Your Armour. We just getting started! #UnderArmour”

Depay is one of four new arrivals at Manchester United this summer, with the Red Devils having also signed Matteo Darmian, Bastian Schweinsteiger and Morgan Schneiderlin in recent weeks.

The 21-year-old, who is thought to have cost United around £25m, played a pivotal role in PSV’s title-winning season last term, scoring 22 times in 28 games.

Van Gaal’s United side, who finished fourth in the top flight last season, kick off their Premier League campaign with a home clash against Tottenham Hotspur on 8 August.

Jose Mourinho: Why ‘fantastic’ Arsenal will challenge Chelsea for the title