Ander Herrera is clearly happy to back at Manchester United ahead of pre-season... 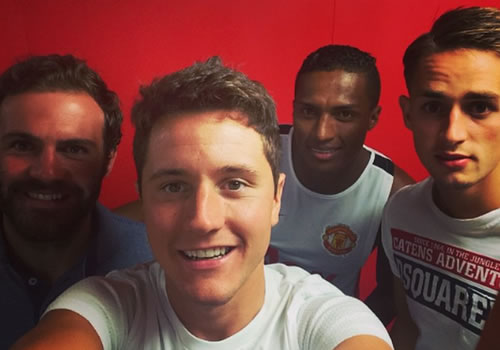 Ander Herrera looked to be in good spirits as he posed for a picture with Juan Mata, Antonio Valencia and Adnan Januzaj as Manchester United prepare for their pre-season training regime.

The United stars have been enjoying their well-earned holidays in recent days after helping the Red Devils secure a fourth-placed finish in Louis van Gaal’s first season in charge at Old Trafford.

However, the Spanish midfielder is clearly looking forward to being back in action in the coming weeks after returning to the club with some of his team-mates.

Herrera posted the picture above of himself with his three team-mates on his Instagram account on Friday afternoon and wrote: “Again together, looking forward to start the new season @manchesterunited”

Three reasons why Nathaniel Clyne will be Liverpool success