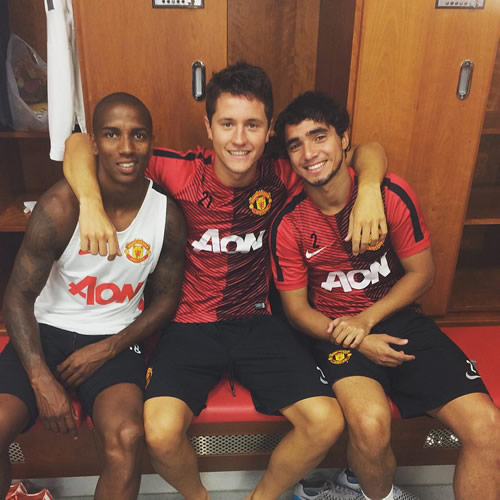 And Herrera was quick to pay tribute to the duo, as he posted the picture above on his Instagram account and wrote: “Happy birthday to these two great guys!”

Herrera enjoyed some downtime with his Spanish Manchester United team-mates David De Gea and Juan Mata on Wednesday as the trio travelled to Wimbledon to watch the men’s quarter-finals at the All England Club.

Manchester United are back in pre-season training before jetting off to the United States for their pre-season tour on Monday.

MORE: Mata back at Carrington

Manchester United kick off their 2015-16 Premier League campaign with a home clash against Tottenham Hotspur on 8 August.