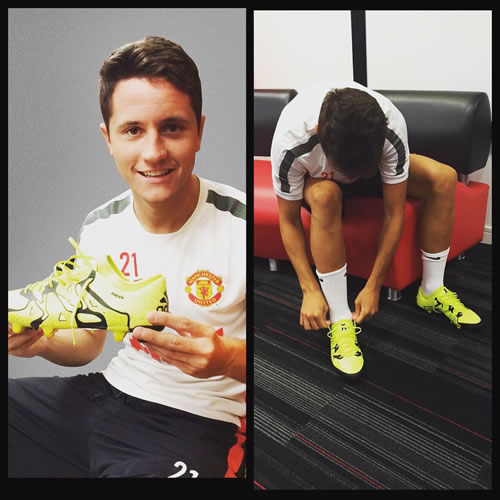 Ander Herrera was all smiles as he posed for a picture with his new football boots after returning to Manchester United for pre-season training.

The Spaniard is back at Carrington with his team-mates after enjoying some well earned downtime on holiday following the conclusion of the 2014-15 season.

And the 25-year-old was quick to take to social media to show off of his latest pair of Adidas boots as United’s pre-season regime got under way.

Herrera shared the picture above on his Instagram account and wrote: “New boots. New rules. Show me what you’ve got! #X15 #bethedifference @adidasfootball”

MORE: Mata back at Carrington

Manchester United kick off their 2015-16 Premier League campaign with a home clash against Tottenham Hotspur on 8 August.