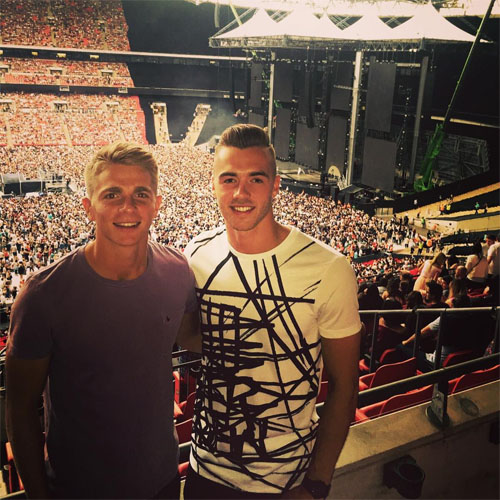 Calum Chambers is breaking the mould of a modern footballer after the Arsenal defender enjoyed the relaxing tunes of Ed Sheeran at Wembley on Friday night.

The Gunners, presumably like most Premier League changing rooms up and down the country, boast a fair share of RnB, rap and hip hop music on their The Emirates playlist.

But Chambers appears to have more of penchant for the soothing sounds of Sheeran after the Arsenal centre-half took a friend along to the English musician’s gig at Wembley.

Chambers posted the above snap and wrote: “Amazing @teddysphotos concert at Wembley with @frasercolmer #EdSheeran”

Chambers enjoyed a mixed first season at the north London side following his £16m move to Arsenal from Southampton last summer.

The England defender scored one goal and made one assist in 23 Premier League appearances.

The 20-year-old won the first trophy of his blossoming career after the Gunners eased to a 4-0 victory over Aston Villa in the FA Cup final at Wembley.