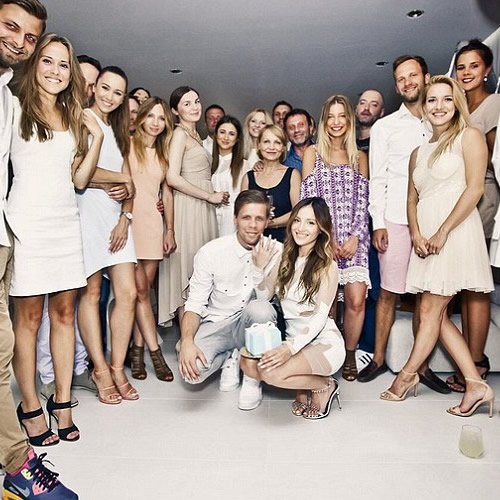 Wojciech Szczesny took to social media to reveal his delight after becoming engaged to his long-term girlfriend Marina Luczenko.

The Poland international has been enjoying some downtime over the summer months after watching Arsenal sign Petr Cech from Chelsea to add competition for a first-team place at Emirates Stadium between the posts.

Szczesny announced the engagement on social media, with a photo of himself and Luczenko surrounded by family and friends.

He uploaded the picture above onto his official Instagram account and wrote: “I’m delighted to confirm that my beautiful @marina_official said ‘yes’!!!💍”

The Poland goalkeeper, who lost his starting spot to David Ospina at the turn of the year, helped Arsene Wenger’s side to win back-to-back FA Cup crowns in successive season in May.