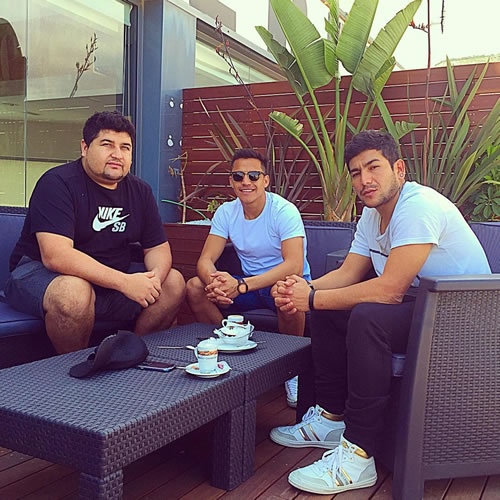 Alexis Sanchez was all smiles as he enjoyed a spot of breakfast as he continues to make the most of his well-earned holiday in his native homeland.

The Chile international is enjoying some well-deserved time off after helping to fire his country to Copa America glory earlier this month.

And the 26-year-old forward, who enjoyed a stellar first season with Arsenal in the Premier League last term, is recharging his batteries before reporting back to the north London club for pre-season training.

Sanchez posted the picture above of himself enjoying breakfast with some friends on his personal Instagram account and wrote: “Buenos días .. good morning ☀️”

He is not due to report back to Arsenal for pre-season training until 3 August following his summer holiday.

His Arsenal team-mates, meanwhile, are in action in the Emirates Cup at their home ground this weekend.