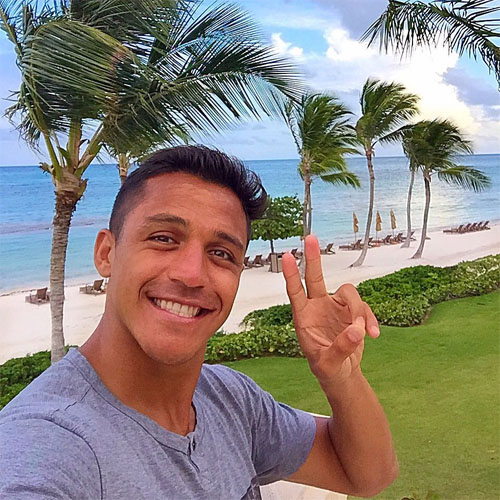 Alexis Sanchez doensn’t appear to have wiped the smile from his face since Chile’s Copa America triumph last weekend.

The Arsenal forward scored the winning goal in the penalty shootout to seal a dramatic victory over Argentina in the final on home turf.

It capped a brilliant 12 months for the 26-year-old after he also scored in Arsenal’s 4-0 win against Aston Villa in the FA Cup final at Wembley.

So it is no surprise to see Sanchez is still walking on sunshine after he took to his Instagram page on Friday evening.

The Chile international was one of the Premier League’s standout performers following his £35m transfer to the north London club from Barcelona last summer.

He scored 16 goals and providing eight assists for his team-mates in 35 appearances.

Sanchez helped Arsenal finish in third place in the Premier League to ensure Arsene Wenger’s side qualified directly for the Champions League group stage next season.