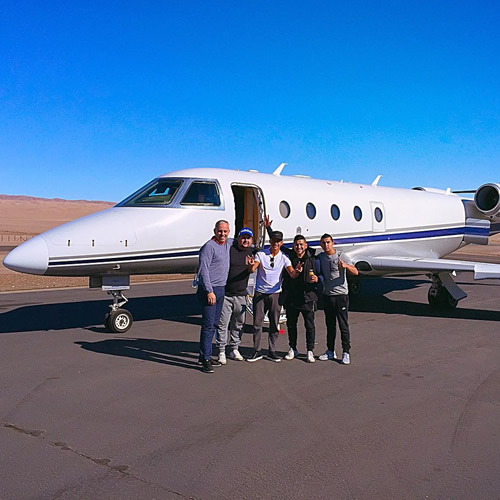 Alexis Sanchez has been making the most of his extended summer break, and looked in good spirits as he posed for a snap in front of his private jet upon arriving in Chile.

The Arsenal star has been enjoying some well-earned downtime after helping Chile win the Copa America earlier this month as they lifted their first ever major trophy.

Sanchez has now been given some needed time off and will not report back to Arsenal until 3 August.

And the 26-year-old looked in good spirits as he touched down with his friends in Tocopilla.

Sanchez shared the photo above on his Instagram account and wrote: “Arriving to Tocopilla with my friends!!! So happy!!!”

Sanchez is currently recovering from a gruelling campaign in which he helped Arsenal win the FA Cup title.