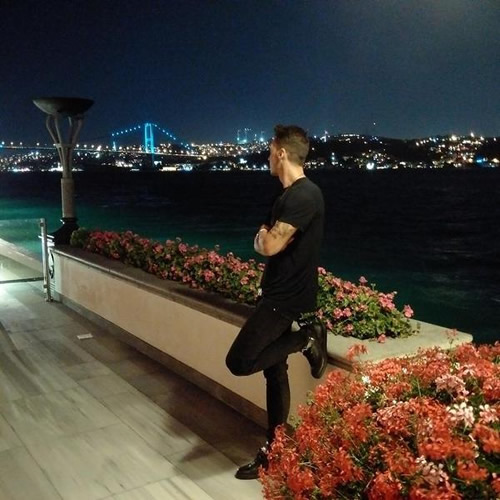 Mesut Ozil made the most of some downtime this week by travelling to Istanbul ahead of the Emirates Cup this weekend.

Arsene Wenger’s men have been given some time off after their recent pre-season trip to Singapore, as the Gunners continue their preparations for the new Premier League season.

Ozil took the chance to head to Turkey, and used social media to post a picture of himself enjoying the Istanbul skyline on Tuesday night.

The World Cup winner posted the picture above on his Instagram account and wrote: “Istanbul is always a good idea 👌🌙”

Ozil, who missed three months of last season with a knee injury, scored Arsenal’s third goal in their 3-1 Barclays Asia Trophy win over Everton on Saturday in Singapore.

The Gunners take on Lyon on Saturday and Wolfsburg on Sunday in the Emirates Cup at the Gunners’ home ground.