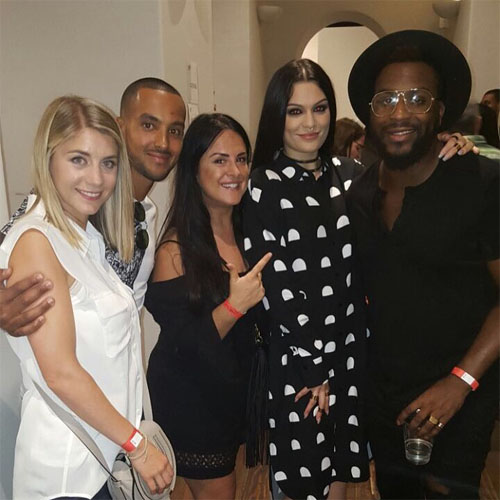 Liverpool may be evaluating whether Theo Walcott is worth his price tag, but the Arsenal forward wasn’t concerning himself with his uncertain future on Sunday night.

The England international has seen his negotiations with Arsenal over a new contract come to a halt in recent months, prompting talk of a possible move away from Emirates Stadium.

Liverpool has been touted as a possible destination for the 26-year-old striker following Raheem Sterling’s move to Manchester City, although the Reds would need to meet to cough up a significant fee for the forward.

Walcott, though, was chilling with his wife Mel and British popstar Jessie J following her performance at Somerset House last night.

The England international scored in Arsenal 3-1 victory over Everton in Barclays Trophy in Singapore on Saturday.

Walcott scored five Premier League goals in 14 games for the north London side last season as they finished third in the table and retained their FA Cup title with victory over Aston Villa in the final.