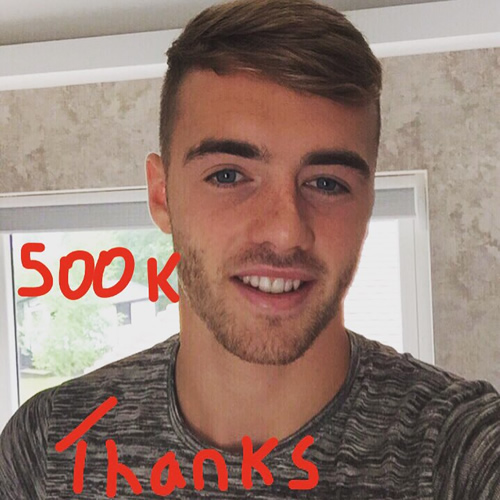 Calum Chambers took to social media to thank his fans for their support after he surpassed 500,000 followers on Instagram.

The former Southampton defender reached the milestone over the weekend after helping Arsenal win the Emirates Cup for the first time since 2010.

Chambers celebrated the landmark by posting a selfie on the photo-sharing app on Monday afternoon and writing: “Just seen I’ve reached 500K fans on Instagram! Thank you for all the support it means a lot!! Half way to 1m.”

The 20-year-old, who joined the Gunners from Southampton last summer, started alongside Gabriel in central defence on Sunday as Arsenal beat Wolfsburg 1-0 in the Emirates Cup.

Chambers scored one goal and made one assist in 23 Premier League games for Arsenal last season following his arrival at the north London club from Southampton last summer.

Arsenal, who finished third and won the FA Cup last term, kick off their Premier League campaign with a home clash against West Ham United on the opening weekend of the season as they look to challenge for the top-flight title.