Photo: Arsenal’s Alexis Sanchez all smiles in his native homeland 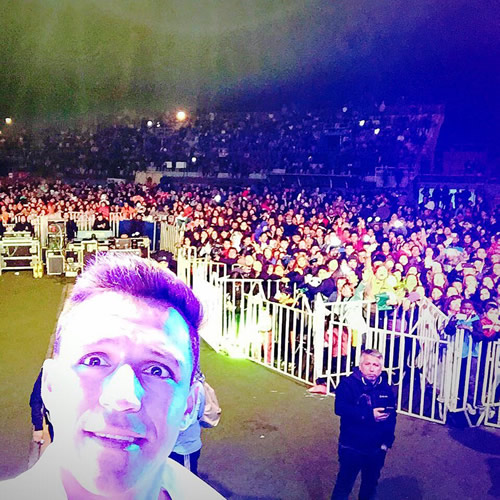 Alexis Sanchez looked in good spirits as he snapped a selfie during a visit to Tocopilla in Chile on Sunday night.

The Arsenal star is currently enjoying some well-earned downtime after a gruelling season ended in him lifting the Copa America with Chile earlier this month.

Sanchez organised an awards ceremony called “Playing for a Dream” this weekend, with the Arsenal forward handing out footballs and sportswear to hundreds of children.

And the 26-year-old looked to be enjoying himself as he snapped a selfie in front of the gathered crowds.

Sanchez is currently recovering from a gruelling campaign in which he helped Arsenal win the FA Cup title and is not due to report back to London until 3 August.

Photo: Liverpool legend joins One Direction star for round of golf