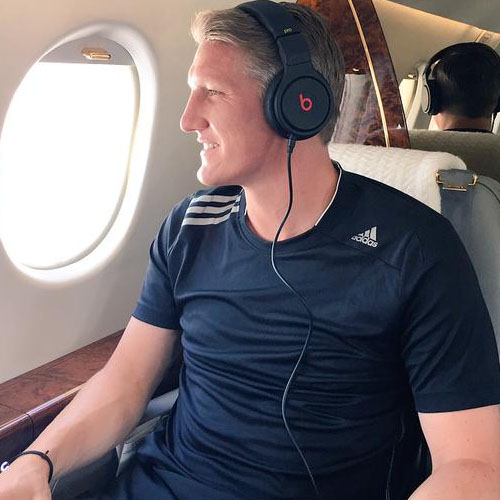 Bastian Schweinsteiger expressed his delight to make one final dream come true in his decorated career after he completed his Manchester United move on Saturday.

The Germany international has reportedly agreed a three-year deal with the Red Devils after United stuck a reported £11m deal with Bayern Munich.

Schweinsteiger has already won eight Bundesliga titles and the Champions League crown with Bayern, whilst the 31-year-old is a World Cup winner and European championship runner-up.

But the United signing gave an indication to his appreciation of the significance of his move to the 20-time English champions on Twitter on Sunday afternoon.

One last dream in my career come true. I am excited about the next chapter in my life with @ManUtd. pic.twitter.com/aWnz9mnuD8

Schweinsteiger is United’s second signing of the summer after Memphis Depay completed £25m move to Old Trafford from PSV Eindhoven in April.