Photo: Chelsea defender sips on beer during round of golf 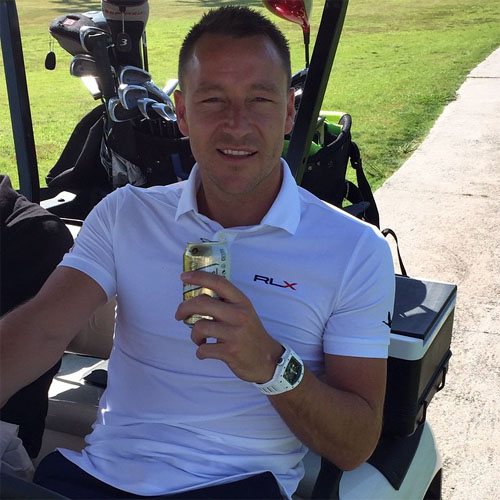 John Terry made the most of the British weather as the Chelsea captain sipped on a beer during a round of golf on Wednesday afternoon.

The retired England international hit the golf course as temperatures soared to 34 degrees Celsius in and around the capital.

And Terry, who won the Premier League for a fourth time in May, treated himself to a small can of Spanish beer San Miguel.

For Chelsea supporters concerned that their 34-year-old captain may be out of the shape ahead of the new season needn’t be worried.

The centre-half hit the gym on Tuesday night as the Blues skipper looked to keep in shape before a rigorous pre-season.

Terry has scored 62 times in 670 appearances for Chelsea during a 17-season career at Stamford Bridge.