Photo: Chelsea star Oscar all smiles ahead of Barcelona clash 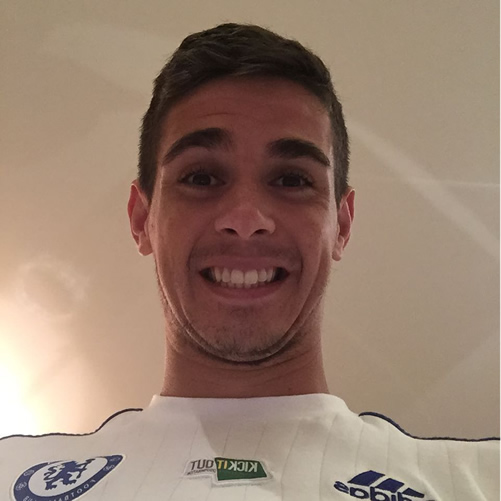 Oscar took to social media on Monday afternoon to post a selfie as Chelsea gear up for their pre-season clash against Barcelona on Tuesday night.

The Brazilian midfielder is currently training with Jose Mourinho’s squad as they prepare to conclude their pre-season tour of the United States ahead of the forthcoming 2015-16 campaign.

The midfielder’s future was a source of speculation earlier this summer as he was linked with a transfer away from Stamford Bridge.

However, it appears that Mourinho is keen to keep the playmaker at the west London club as the Blues gear up for their Premier League title defence.

Mourinho’s men face Barcelona on Tuesday before heading back to the UK to prepare for their Community Shield clash against Arsenal on Sunday afternoon at Wembley.

The Blues won the League Cup and Premier League in Mourinho’s second season back at Chelsea.

Jose Mourinho: Why Eden Hazard will be even better for Chelsea this term