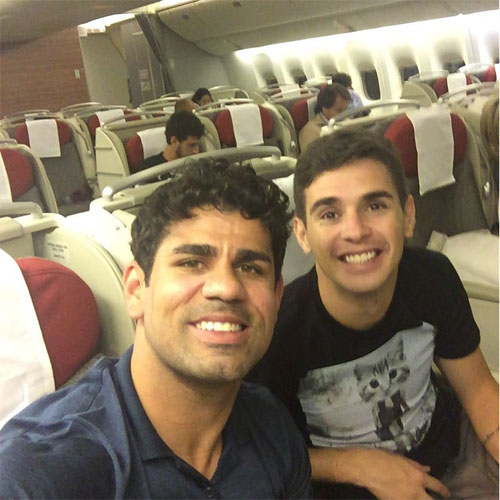 Diego Costa and Oscar took a selfie ahead of their flight to London on Tuesday morning.

The Chelsea forwards are flying back to the English capital presumably ahead of the start of pre-season training.

But the holders face stiff competition from free-spending Manchester United and Petr Cech’s Arsenal in the new campaign.

But Costa and Oscar looked relaxed about the prospect of defending their title as the pair posed for a selfie.

Oscar posted the above snap and wrote on his Instagram page: “✈️ London !! @diego.costa”

Oscar, meanwhile, was in-and-out of Jose Mourinho’s first-team after the Brazil international struggled to find consistency following a demanding World Cup in 2014.