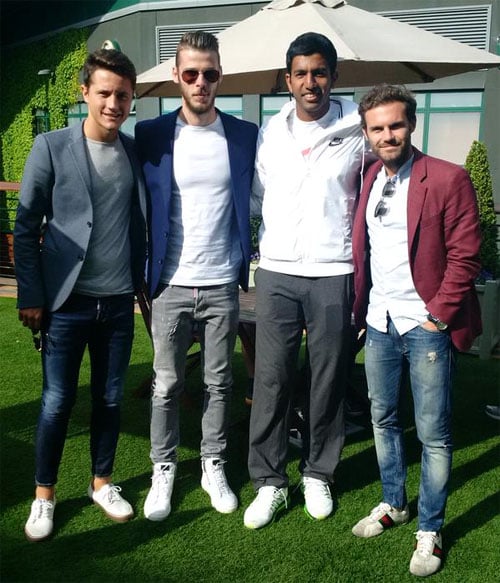 The Red Devils goalkeeper has been heavily linked with a move to Real Madrid over the past couple of months after an impressive campaign last season.

But De Gea looked relaxed about his future as he posed for a snap with his United team-mate and Indian tennis player Bopanna.

The Spanish shot stopper was named the players’ player and fans’ player of the year following his impressive 2014/15 campaign.

De Gea, who was signed to replace Edwin van der Sar, won the Premier League title with the Red Devils in 2013.