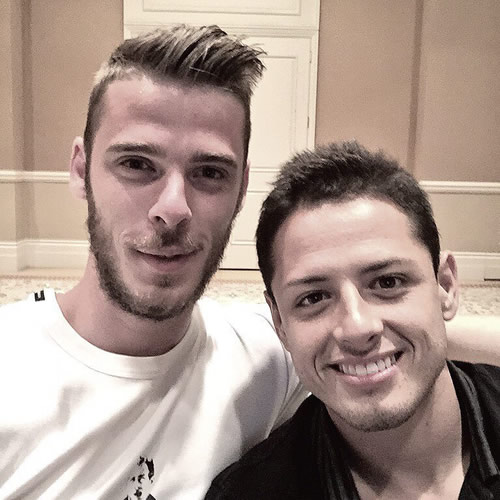 David De Gea was all smiles as he posed for a picture with Javier Hernandez after the Mexico international linked up with Louis van Gaal’s Manchester United side this weekend.

The forward, who spent last season on loan to Real Madrid, joined up with his Red Devils team-mats as they continued their pre-season tour of the United States.

De Gea featured for United as the Red Devils ran out 3-1 winners over Barcelona in their most recent pre-season friendly on Saturday evening.

And the Spanish goalkeeper was thrilled to see Hernandez back with United as they continue their preparations for the forthcoming Premier League campaign.

De Gea shared the picture above on his Instagram account and wrote: “Nothing better that having my bro back!! @ch14_instagram”

The 27-year-old striker scored nine goals in 33 games in all competitions for Carlo Ancelotti’s Madrid side last season.

Hernandez has netted 59 times in 154 games for the Red Devils following his move to Old Trafford from Guadalajara after the 2010 World Cup.