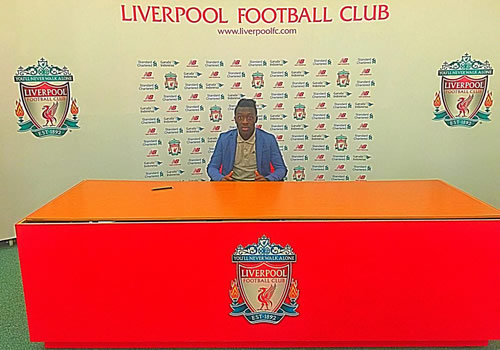 Bobby Adekanye has claimed that he has completed a transfer to Liverpool by posting a picture of himself at the Merseyside club on social media.

The Dutch Under-16 international has been touted as a potential target for the Reds in recent weeks as Brendan Rodgers looks to bolster his squad ahead of next season.

The pacey left-winger has already drawn comparisons to former Chelsea star Arjen Robben in the Netherlands, and is reported to have attracted interest from several other top European clubs, including the likes of Ajax and PSV Eindhoven.

Now however, it appears that he has all but secured a move to the Premier League.

The 16-year-old spent last season on loan to PSV Eindhoven from his parent club Barcelona and has spent time in the famous Ajax Academy.

There was no official word from Liverpool about the news.