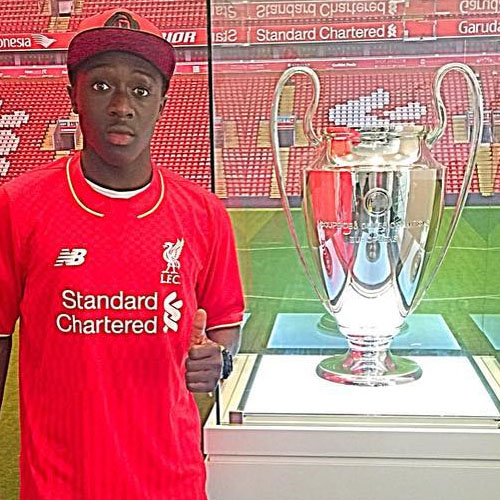 Bobby Adekanye has uploaded a snap next to the Champions League trophy after the Dutch wonderkid claimed that he had completed a transfer to Liverpool earlier this week.

The Netherlands Under-16 international took to social media on Thursday night to confirm that he had sealed a move to the five-time European champions after having left Barcelona.

The Dutch teenager initially posed a snap in the Liverpool media conference room on his Instagram page with the following caption: “I am very happy to sign for Liverpool.”

And the 16-year-old appeared to reiterate his claim in his latest post on the photo-sharing app as he posed for a photo alongside the club’s Champions League replica trophy.

The Ajax and PSV Eindhoven target has been likened to former Chelsea forward Arjen Robben.

Adekanye was born in Nigeria but opted to represent the Dutch youth sides ahead of the Super Eagles.

Liverpool are yet to comment on Adekanye’s touted move.