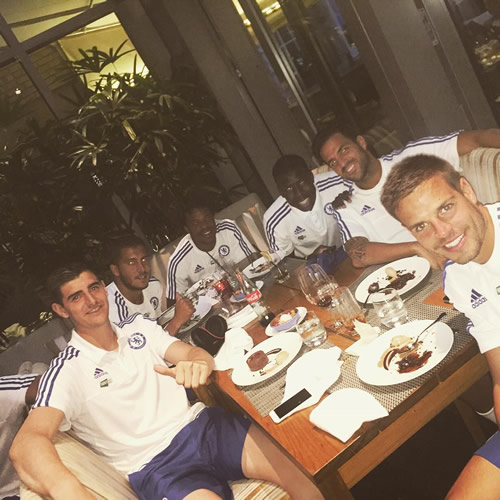 Eden Hazard was all smiles as he enjoyed a spot of dinner with some of his Chelsea team-mates as the Blues continue their pre-season preparations this week.

Jose Mourinho’s squad are currently in America as they continue their fitness work ahead of their Premier League title defence.

Chelsea take on the New York Red Bulls on Thursday, before pre-season clashes against Paris Saint-Germain and Barcelona.

And Mourinho’s men, who play Arsenal in the Community Shield on 2 August, looked to be enjoying themselves as they prepare for the new campaign in the US.

Photo: Schweinsteiger and Young all smiles as Man United jet off