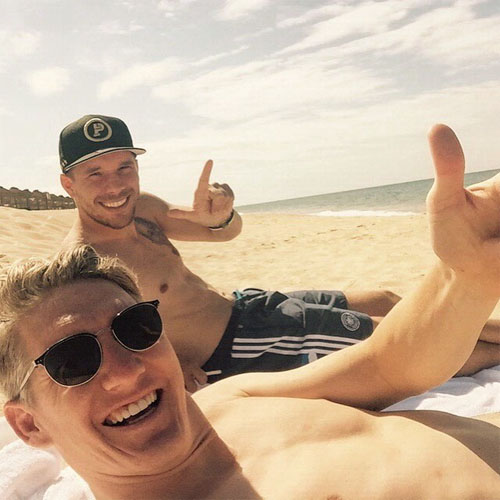 The Bayern Munich legend is reported to have signed a three-year deal with the Red Devils after the 20-time English champions agreed a touted £12m fee with the Bundesliga holders.

Schweinsteiger will bring a wealth of experience to United after winning eight Bundesliga titles, seven German Cups and the Champions League during his spell at Allianz Arena.

Former Arsenal striker Podolski, who sealed a summer switch to Galatasaray, posted a special message dedicated to his Germany colleague on his Instagram page.

Podolski wrote on his Instagram page: “All the best my friend for your new challenge 👊 #basti #poldi #friends #aha”

Van Gaal guided United to a fourth-place finish and a return to the Champions League in his first season in charge at Old Trafford.