Photo: Hazard and Fabregas all smiles in Chelsea taxi

It was Belgium v Spain in the Chelsea taxi on Sunday... 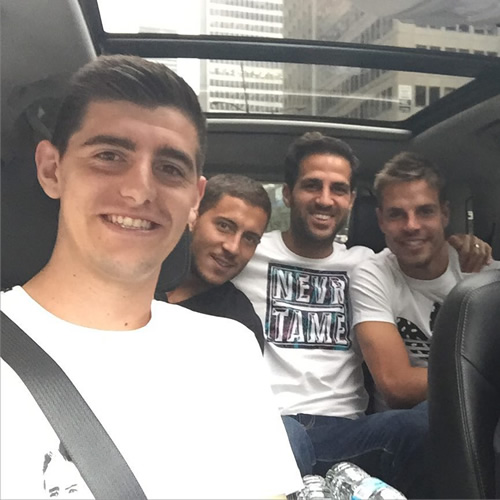 Cesc Fabregas and Eden Hazard looked to be in good spirits as they were joined by Cesar Azpilicueta and Thibaut Courtois for a selfie during their pre-season tour.

The west London club are currently away as they prepare for their pre-season tour of North America ahead of their Premier League title defence.

And the Chelsea stars certainly looked to be in good spirits as they continue to be put through their paces in the lead-up to the new campaign.