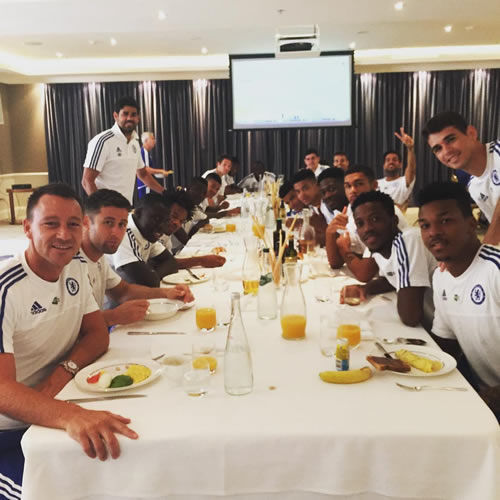 John Terry was all smiles as he posed for a picture with a host of his Chelsea team-mates as the Blues continue their pre-season preparations.

Jose Mourinho’s squad are currently in America as they gear up for their pre-season tour of the US, and the defending Premier League champions certainly looked in good spirits as they prepare for the 2015-16 campaign.

And Terry was joined by all of his Chelsea team-mates as they enjoyed breakfast together on Monday morning.

The 34-year-old Terry played a pivotal role in helping Chelsea lift their fourth Premier League title last season, scoring five goals and featuring in each and every one of the club’s top-flight games.