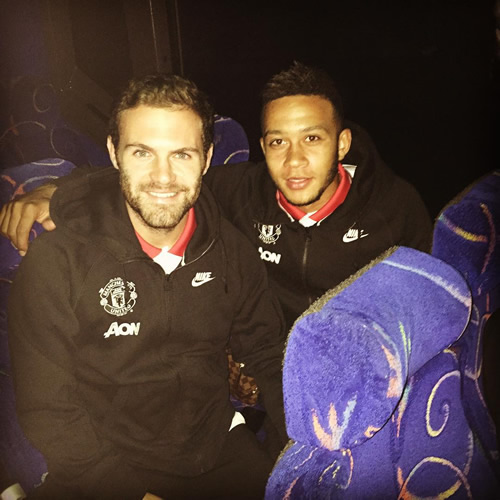 Juan Mata looked in good spirits as he posed for a picture with Memphis Depay after the summer signing scored his first goal for Manchester United on Tuesday night.

Depay netted his first goal for United with a header after half-time as Louis van Gaal’s side secured a 3-1 pre-season win over the San Jose Earthquakes.

And Mata was quick to congratulate his new team-mate after Depay’s maiden goal for the Red Devils.

The Spaniard posted the picture above of the duo in the team bus after the game on his personal Instagram account and wrote: “Another victory in our preparation.

Depay joined United from PSV Eindhoven earlier in the summer as Van Gaal looks to transform his side into genuine Premier League title contenders this season.

The Red Devils kick off their Premier League campaign with a home clash against Tottenham on 8 August.