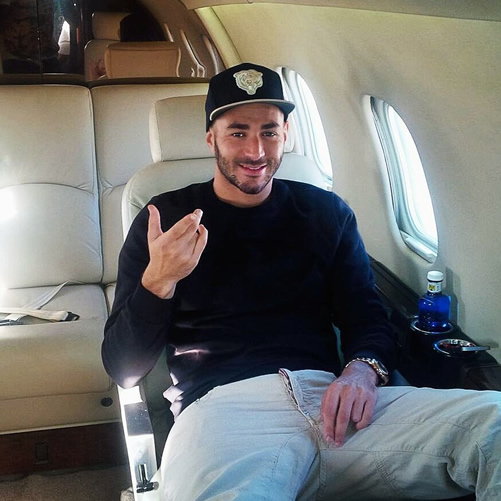 Karim Benzema sparked a social media frenzy about his future on Tuesday afternoon with a cryptic post on Instagram.

The France international has been heavily linked with a transfer to Arsenal in recent days as the Gunners look to strengthen their attacking options ahead of the new season.

Arsenal are reported to be weighing up a big-money bid to bring the striker to Emirates Stadium as Arsene Wenger looks to steer his side to their first Premier League title since 2004.

Benzema posted the picture of himself above on a plane and wrote: “Let us leave the past in the past #rip #directionturfu.”

Benzema, who is under contract at Real Madrid until 2019, scored 21 goals in all competitions for the Spanish side last season.

Arsenal take on Chelsea in the Community Shield at Wembley on Sunday afternoon.