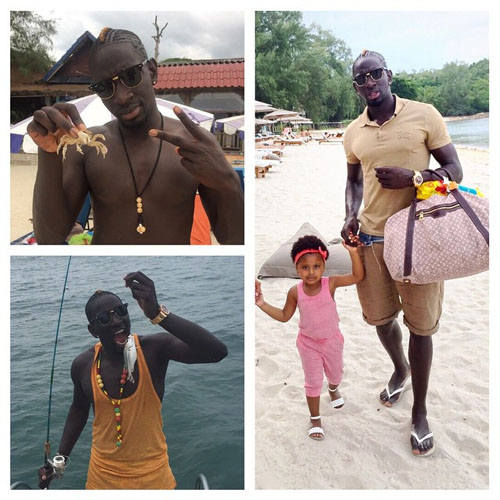 Mamadou Sakho was showing the survivor spirit as the Liverpool defender caught his own dinner during the final day of his summer holiday in Senegal.

The Reds centre-half returned to the birthplace of his parents last month to carry out some charity work before relaxing with his wife and daughter.

Sakho was born in Paris but the France international is very much in touch with his roots judging by his series of Instagram posts over the past weeks.

And the 25-year-old posed with a crab and a fish in a montage of photos depicting his summer break as the Liverpool defender got ready to leave his slice of paradise.

The Reds defender returned from an absence to help Liverpool go on a 13-game unbeaten run in the Premier League before a 2-1 defeat by Manchester United in March.

Sakho has made 26 appearances for Liverpool in all competitions this term despite a number of injury problems throughout the campaign.