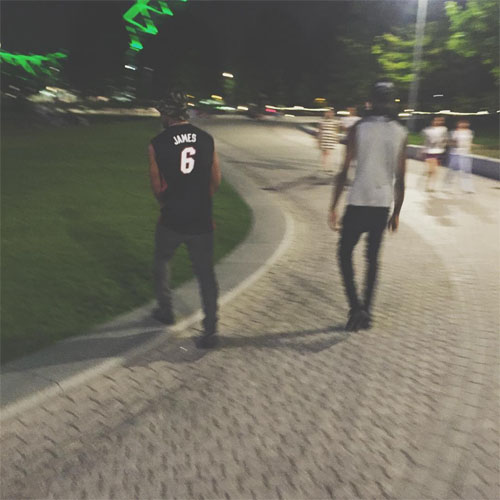 The Liverpool teenager was one of the big positives from an otherwise disappointing campaign for Brendan Rodgers and his underperforming Reds squad.

Ibe ended speculation surrounding his Liverpool future by putting pen to paper on a new long-term deal earlier in the summer transfer window.

The 19-year-old will be looking to develop into an influential member of Liverpool’s first-team, replicating the impact of James on the NBA.

And Ibe should perhaps treat himself to LeBron’s No23 Cleveland Cavaliers jersey with his increased wages after he posed with the NBA star’s old Miami Heat shirt.

James who is a two-time NBA championship winner, has a small share in Liverpool which was given to him by the club’s owners Fenway Sports Group.

Ibe made 14 appearances for Liverpool last season following his return from a loan at Championship side Derby County.