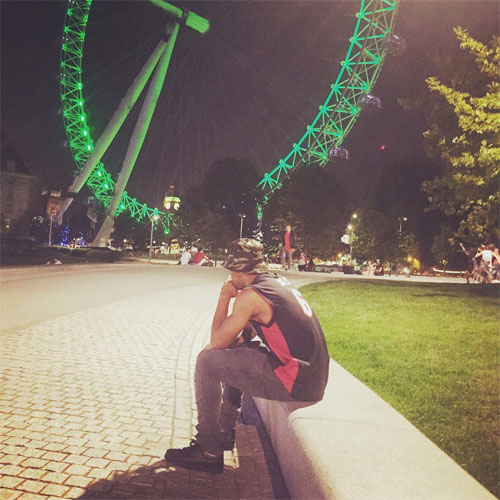 Jordon Ibe was blown away by his view of the London Eye in the English capital on Wednesday night.

The Liverpool teenager has been keeping his Instagram followers entertained with a series of amusing posts over the course of the summer.

However, the 19-year-old appeared in a reflective mood as the Liverpool forward was photographed deep in thought looking at one of London’s most recognisable landmarks.

Ibe underlined his commitment to the five-time European champions earlier this summer after he signed a new long-term contract.

The England Under-21 international’s team-mate Raheem Sterling hasn’t shown the same loyalty to Liverpool, though.

The 20-year-old is refusing to a sign a new contract with the Reds amid reports that Manchester City are ready to offer £50m for the Liverpool man.

Brendan Rodgers’s side finished in sixth place last season after a 6-1 defeat by Stoke City on the final day of the campaign.