Photo: Liverpool legend joins One Direction star for round of golf 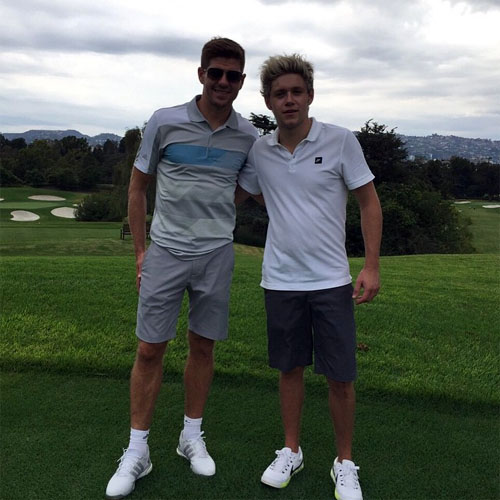 Steven Gerrard was expected to spend more time with an Irishman following his move to LA Galaxy, but few anticipated his bff from the Emerald Isle to be Niall Horan.

The former Liverpool captain completed a move to the Major League soccer outfit from the 18-time English champions earlier this summer after he called time on his Reds career.

Gerrard linked up with former Liverpool striker and Republic of Ireland captain Robbie Keane at The Galaxy, who is currently the talismanic captain of the MLS side.

But the retired England midfielder appears to be spending more time with One Direction superstar Horan, who hails from County Offaly in Ireland, despite their age difference.

The former Reds midfielder attempted to his best hip pose for a second snap with the popstar.

The 35-year-old midfielder scored one goal, made one assist and won a penalty in his full Galaxy debut at the weekend.

Photo: Arsenal’s Alexis Sanchez all smiles in his native homeland