Photo: Liverpool midfielder Emre Can relaxes on the beach 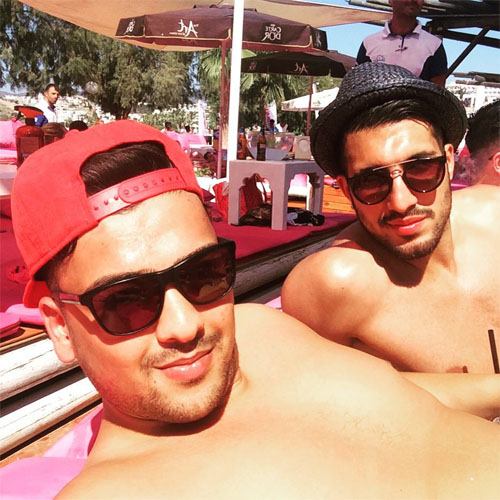 Emre Can and his pal relax on the beach Photo: cnyt12/Instagram

Emre Can hit the beach with his pal as the Liverpool midfielder relaxed following the Under-21 European championship.

The 21-year-old was of the German side that reached the semi-finals before an emphatic 5-1 defeat by eventual winners Portugal last month.

Can has barely been afforded some downtime after a draining first season in the Premier League following his move to Liverpool last summer.

But the Reds star relaxed with his close pal, whose Instagram username is cnyt12, on sunbeds on the beach ahead of his return to England for pre-season.

The 21-year-old ended his first Premier League campaign with a whimper after he produced a disastrous performance in Liverpool’s resounding 6-1 defeat by Stoke City at Britannia Stadium on the final day of the season.

However, the German youngster was one of Brendan Rodgers’s better signings from last summer after he helped to improve the Liverpool defence midway through the campaign.

Can has scored one goal in 24 Premier League appearances for Liverpool after he moved to the Reds from Bundesliga outfit Bayer Leverkusen last summer.