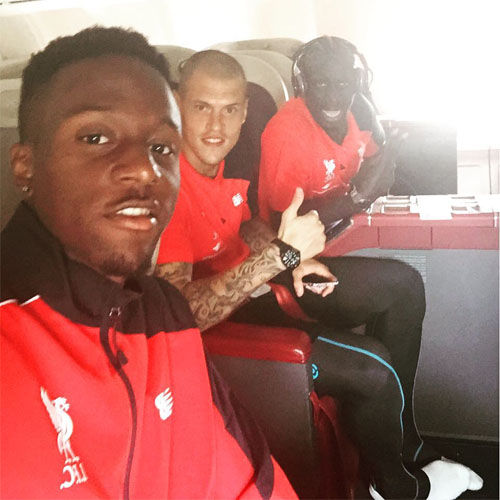 Divock Origi snapped a selfie with his new Liverpool team-mate Martin Skrtel and Mamadou Sakho as the Reds landed in Bangkok in the early hours of Monday morning.

The Belgium international linked up with the Liverpool squad earlier this month after the Reds agreed a £12m deal to sign the striker from Lille last summer.

Brendan Rodgers’s men jetted off on a 12-hour flight to Bangkok, Thailand on Sunday ahead of their pre-season tour of south Asia and Australia over the next 12 days.

And Origi, who was part of Belgium’s World Cup squad last summer, took a selfie with his new Liverpool pals after their flight landed at their desired destination.