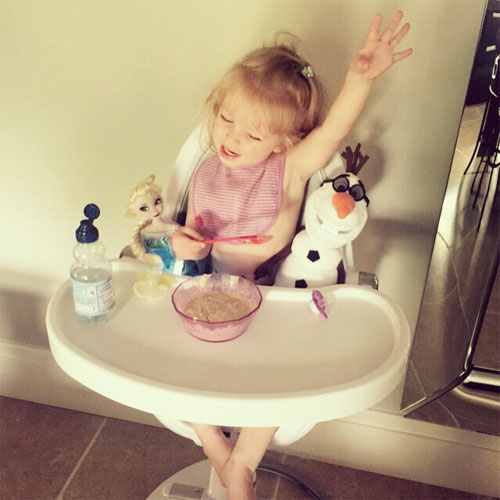 Brendan Rodgers may be Jordan Henderson’s football manager, but the Liverpool midfielder appears to have another boss in his life.

The England international made sure to keep the other gaffer happy on Sunday afternoon after the 25-year-old wished his daughter happy birthday.

Henderson, who is currently campaigning to be on the front cover of Fifa 2016, has a two-year-old daughter called Elexa.

And the Liverpool vice-captain posted a photo of his daughter on his Instagram page as she looked to get her footballing father’s attention.

Henderson wrote the following caption: “Happy birthday to the boss! 👊 My world 🌎❤️”

The 25-year-old has grown in stature over the past 24 months at Anfield following a difficult start to his Liverpool career after a £20m move from Sunderland in 2011.

Henderson, who signed a new long-term deal with the five-time European champions earlier this year, scored six goals and has made nine assists in 36 top-flight games last term.

Why Petr Cech won’t be worth 15 points to Arsenal