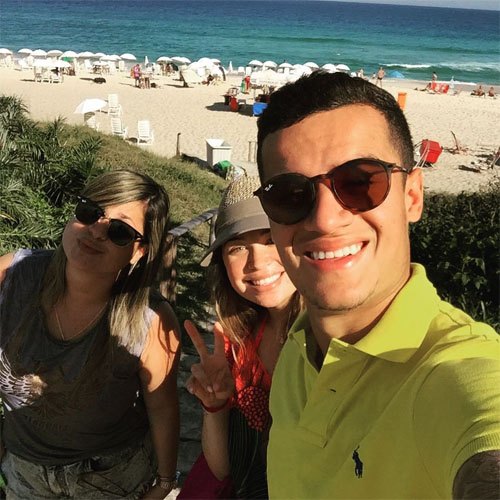 Philippe Coutinho snapped a selfie at the beach as the Liverpool midfielder made the most of his summer break.

The Brazil international has been afforded an extended leave from club duty after he featured at the Copa America in Chile earlier this summer.

So while his Liverpool team-mates landed in Bangkok and prepared for their first pre-season friendly, Coutinho lapped up the sunshine by the beach.

The Liverpool midfielder, who is set to be link up with his compatriot Roberto Firmino at Anfield this season, was joined by his wife Aine and a friend in the above snap.

Coutinho has scored eight times in 51 appearances in all competitions for the Merseyside outfit this season.

He was named the fans’s and players’s player of the year after he was also selected in the PFA team of the year.

The South American moved to Liverpool from Inter Milan in a cut-price £8.5m deal in the January transfer window 2013.

Photos: Ozil and Cazorla all smiles as Arsenal train in Singapore