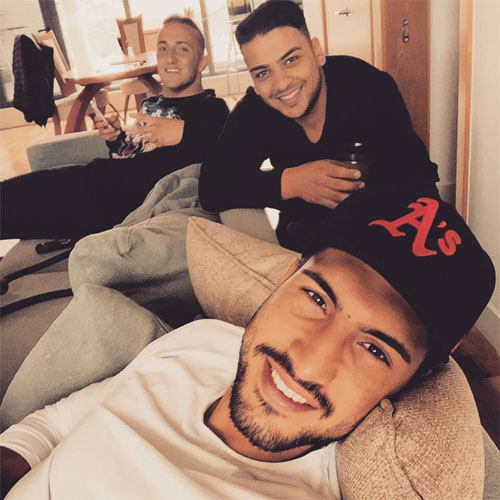 Emre Can says he is looking forward to the 2014/15 Premier League season after he returned to Liverpool for pre-season training earlier this week.

The Germany Under-21 international isn’t part of Brendan Rodgers’s travelling party for the Merseyside club’s pre-season tour of Asia and Australia.

Can received an extended break after the 21-year-old helped Germany reach the Under-21 European championship semi-final before a 5-0 defeat by Portugal.

And the versatile Liverpool defender looked thrilled to be back in Merseyside as he chilled with Samid Yesil and his friend on Wednesday afternoon.

Can wrote on his Instagram page: “Great to be back at Liverpool.
Looking forward to the Season ahead. #ynwa #liverpool @smdysl @cnyt12”

The Reds youngsster will have erased memories of a disappointing end to his first Premier League campaign.

Can produced a disastrous performance in Liverpool’s resounding 6-1 defeat by Stoke City at Britannia Stadium on the final day of the season.

The German scored one goal in 24 Premier League appearances for Liverpool after he moved to the Reds from Bundesliga outfit Bayer Leverkusen last summer.